Technological innovations can help us avoid the upcoming food crisis

Technological innovations can help us avoid the upcoming food crisis

We live in interesting times. The world population is growing rapidly, expected to reach almost 10 billion in 2050; urbanization processes are accelerating, and so are climate changes. Add to this an ongoing military conflict in Europe which is not going to an end soon, and which is expected to continue disrupting resources, energy and food supply chains worldwide for an undefined, long period even after its end.

What we get as a result is a very serious challenge in the food supply, which, if not handled properly, could lead to hunger in some regions and negative social outcomes for everyone. Everyone needs food to survive, right? So how can we stand against all these threats, and even benefit as a society?

The answer is already here: Digitalization in the agriculture industry.

To overcome these problems, we need to embrace more sustainable, technological solutions. Digitalization in farms will not replace humans as the leading power; instead, it has the power to compensate for many of the problems which the agricultural industry is already facing. Nowadays, it can:

Farmers and governments alike should start investing in farm digitalization as an investment in their future Sustainability is not only a word: it embraces everything from producing more with less to using what we have in the best and greener way – it is our hope for a better future. A well-planned and consistent investment in agri-tech innovations would be beneficial not only to single farmers but also nationwide.

Governments have the needed instruments to invest in agri-tech, even in Europe’s poorest countries: this is just a matter of priority. What they need to realize is that this investment means not only supplying enough food at a reasonable price for their citizens in the upcoming turbulent months and years but also a real competitive advantage for the future, when fresh food will become an even more valuable resource. 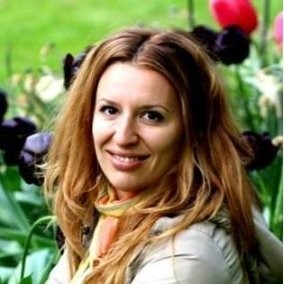